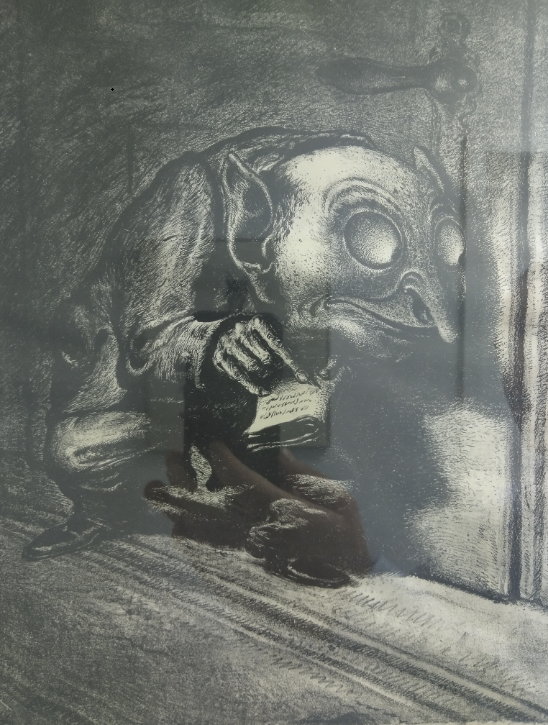 For a few days in 1944, a “literary Macedonian language was created” in Skopje, in a specific place, on a specific date, and by decree. The Bulgarian region, which gave the world Cyril and Methodius, Clement and Naum, the creators of the Old Bulgarian and Slavic scripts and the founders of the third international literary language in medieval Eeropa, after eleven centuries of cultural flourishing, suddenly found itself in the position of a region without history, for which the elaboration of a literary language and alphabet was necessary. During the Renaissance, almost all writers from the Macedonian region openly displayed their Bulgarian linguistic identity. Paisii called his book “Istoriya Slavyanobolgarskaya”. In it, he clearly linked the concepts of clan – nation – fatherland – doctrine – custom with language and designed a whole national program. The books of Neofit Rilski “Bulgarian Grammar” (Kragujevac, 1835), “Great Bulgarian Reading Book” (1868), “Collection of Bulgarian Folk Thoughts” (1891 – 1894) also refer to this.

The entire history of the Bulgarian language – old and new – was confiscated and distorted and replaced by the new Macedonian language. Illustrative in this respect is the work of Blaže Koneski “Istoriјa na makedonskiot jazik” (Skopje and Belgrade, 1965), which analyzes the same linguistic material and linguistic monuments already analyzed by K. Mirchev in his “Historical Grammar of the Bulgarian Language” (Sofia, 1958), and which repeats – often literally, but of course under a different name – all the basic premises of the great Bulgarian scholar.

Also, the archive documents were not published in authentic form. The letters of the prominent revolutionary G. Delchev were published by L. Lape (“Letters of Gotse Delchev”, Skopje, 1953) not in the language in which they were written (Bulgarian literary language). This violates the principle in archival science of preserving the authenticity of the material. The younger generation in Macedonia and abroad, who wanted to know the truth, could not reach the primary sources themselves. Science in Skopje was afraid of them and replaced them with falsifications.

To create the Macedonian language, the Bulgarian dialectology was distorted

Philologists in Belgrade and Skopje had to confirm the idea of independence of Macedonian dialects from Bulgarian dialects. It was necessary to invent a Macedonian “identity” and to delineate a “Macedonian linguistic area” distinct from the Bulgarian one. This was almost impossible, because world science had long ago pointed out the Bulgarian character of the dialects in Macedonia. Renaming the Bulgarian dialects in Macedonia to “Macedonian dialects” alone cannot change the character of the language. As a social phenomenon, it has slowly evolved over centuries (in this case, more than 13 centuries), preserving its essence and specificity. After the creation of SR Macedonia, the Bulgarian languages of this region did not acquire any other phonetic, morphological or syntactic structure. Contamination of the language with foreign languages (mostly Serbisms) takes place mainly in the lexical sphere and especially in the written form. 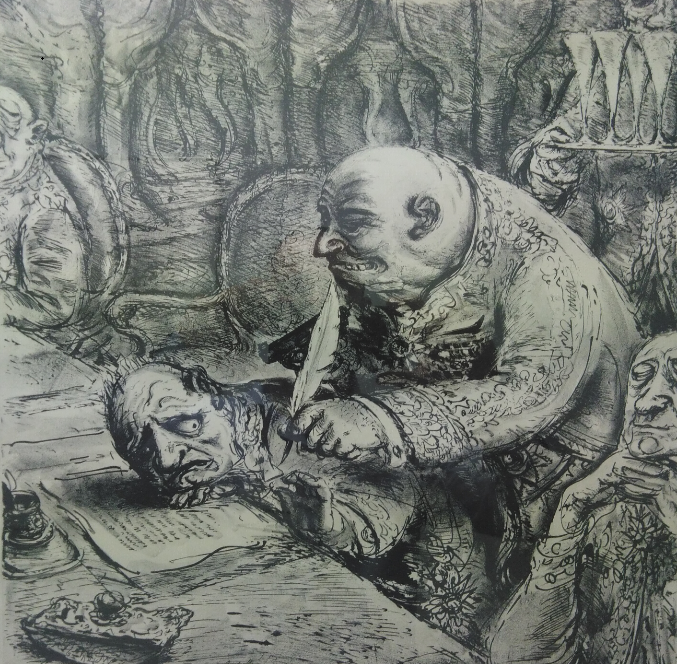 The grossest falsification is the attempt to present the written regional form in Macedonia as “Macedonian language”. The Skopje standard has a regional character because it is the official standard only for one region of the geographical area of Macedonia, i.e. only for the Vardar partition. Unlike the natural and normal languages of the civilized world this norm was artificially created by the political order. The other two parts, the Pirin and the Belomor, have no relation to it. While until 1913, for almost a century, the Bulgarian written language (despite slavery) was the school, literary and printed language of the three sub-regions, the scopic norm has not been stabilized to this day, not even in the Vardar part, as evidenced by the continuing linguistic chaos. It was hastily drafted – in a few days – by a dozen not-so-enlightened teachers and public figures, and is alien to the Macedonian Bulgarians of Pirin and Belomorje.

Who needed the linguistic separation and the creation of the Macedonian language?

Since in all cases (in the communist region) of linguistic separation the strategy of implementation was the same or similar, the question arises whether this also has an impact on the functioning of this mechanism. Not only the languages were “split”, but also the history and the peoples. Since in none of these cases was the will of the people sought, it is not clear what meaning the main actors saw for themselves, their state, and their policies. The contradictions and inconsistencies in the policies of the KGB and the Bulgarian government in this regard persist. They adhered to the view imposed in the 1930s by the Yugoslav Communist Party, the Soviet leadership, and the Comintern that there was a “Macedonian nation” and that a “Macedonian language” had to be created. They did not have clear, unified positions on the main issues raised by this view. The complete solution of the Macedonian question is seen in a distant perspective and associated with the support of the Soviet Union and the “victory of socialism” in the Balkan Peninsula. Within the Soviet Union, Ukraine and Belarus were to be Russified, while the Turkic-speaking peoples were to be divided into as small parts as possible. In Yugoslavia, on the other hand, linguistic and cultural assimilation was carried out in the Serbian direction. It is characteristic of Serbian policy that no such attempt at analogous linguistic demarcation was made vis-à-vis the Yugoslav Albanians and Turks – they were simply deprived of all possible rights, were not considered a people at all, but a “minority” in the worst sense of the word, even if they dominated in certain areas.

For the sake of historical truth, it should be pointed out that this assimilation experience did not begin only in socialist Yugoslavia, i.e. after 1944, but already in the USSR and the Kingdom of Yugoslavia. However, their practical implementation took place only with the successful socialist means after 1944. In 1949, Yugoslav leader Josip Broz Tito bluntly declared that the existence of the “Macedonian people, was possible only in Yugoslavia and in no other combination.” However, the Bulgarian press reported countless facts of violence against the “Macedonian population” in Vardar Macedonia by the regime of Tito and Lazar Kolishevsky, of “Gestapo terror” against pro-Bulgarian citizens, of the introduction of the artificial literary “Macedonian language”, of incitement to hostility against the Bulgarian people, of efforts to worsen relations between Macedonia and Bulgaria.

The people of Macedonia should reflect on their identity, which has been based on a diffuse sense of Yugoslav belonging since 1944. Any criticism of the new Macedonian language is perceived as a blow against the Yugoslav state. The issue thus becomes one of coming to terms with the past, as the historical lies and falsifications show their effect on the younger generation, which is now paying the toll of national nihilism. However, the generation of that time could not identify with Serbia. The beginnings of a new identity cannot be denied. An example of this is the complete separation of the Macedonian from the Serbian Orthodox Church in 1967 (although this was never recognized by the Serbian Church).

In these materials one can find self-confessions of members of the Commission for Macedonian Spelling. These were not made by any people, but by the compilers of the Macedonian language themselves. They show that there was no Macedonian nation after the Second World War and that it had yet to be created. Likewise, that the Macedonian nation was the work of Marshal Tito, the communist party and the political conjuncture, which was mainly directed by Serbia. Also that people were afraid of “other places” and of the Federation, so as not to make political mistakes; that centuries-old traditions were broken with the introduction of the Serbian alphabet and the abolition of the letters necessary for writing, that a “language” without any literature was invented in a rush, that the rules were arbitrarily established and the teachers had little knowledge.

But thanks to the Communist Party, which in this gigantic struggle was the first to raise the flag for the fight against the invaders and for the freedom of all enslaved peoples and also for the freedom of the Macedonian people, thanks to the troops of our far-sighted, dear Marshal Tito and, above all, thanks to our young Macedonian army, today we have our country. … Of course, in order to be cultural, a nation needs cultural development, and that cannot happen without writing, without an alphabet…. Therefore, today we need to lay the foundations for our writing and reading ability by introducing a Macedonian alphabet and language (written language). Therefore, in order to accomplish this task, we must be guided by the interests of our Macedonian people and, of course, include the interests of the entire community in which we find ourselves, the interests of a federal and democratic Yugoslavia. I would like to invite you to shout from this square: Long live the leader of a democratic and federal Yugoslavia, Marshal Tito…! Long live the Communist Party, which has made it possible for us to gather here today….

To these literary materials are added the political circumstances, which also clarify the question of the Macedonian language.

We don’t have time to wait until this language is made. We are faced with the question of having a literary language, and we do not have time and cannot wait for this language to be made by poets, writers and journalists.

Our teachers will accompany the fifth to sixth grade. With untrained teachers, education will be very difficult.

This is about pedagogy and about students. But it’s also about adults. These people will never learn these rules.

After 37 years, some of the members of the Commission for the Creation of a “Literary Macedonian Language” came to the conclusion that the activity of the Commission was not scientific, but distortive, anti-Bulgarian and political, and that a “new language” could not be created:

Composers who offer their own sick idea of history are beyond all scientific categories. The falsifiers of history in the so-called “History of the Macedonian People” are exactly such compilers.

Blaže Koneski artificially creates the serious appearance of a man of conviction who fulfills the function of a scholar. The way he justifies the right to new appearances in language confirms our doubt that Blažek Koneski himself does not believe that what he is doing is real science…. A man with ambitions that he already defines the appearance of a new language. Such a person does not let the scientists accuse him of not knowing what he reports.