Where in history is the genesis of modern Macedonia? 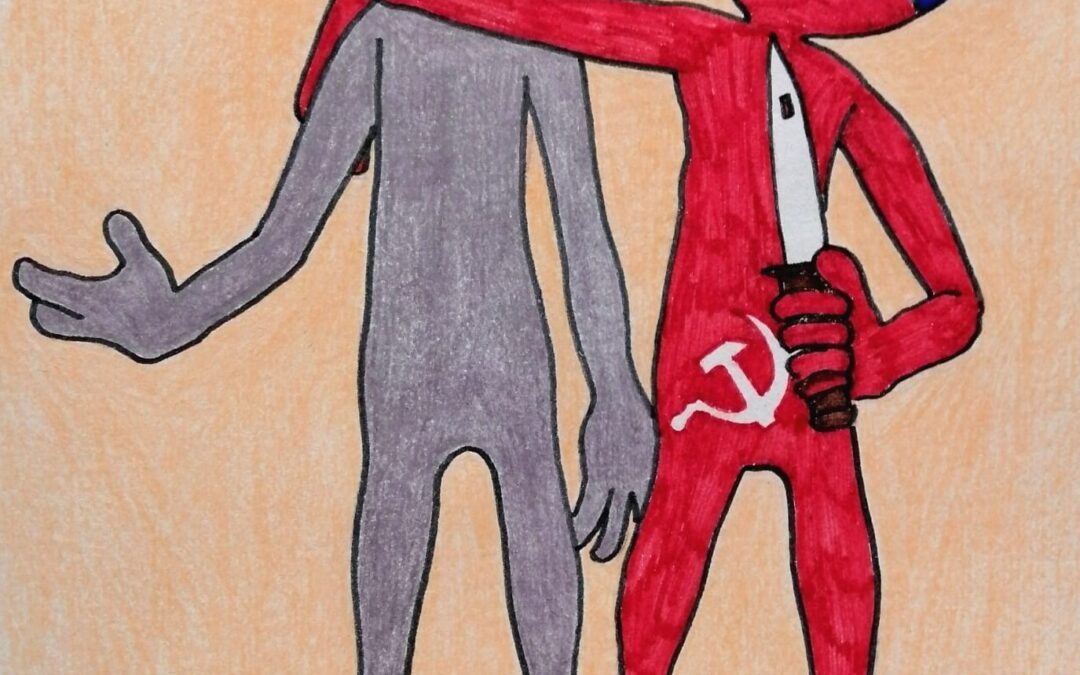 Russia’s strategic goals with regard to the Balkans have always been to gain control of the Bosphorus and the Dardanelles. Bulgarians were the most important ethnic group in the Balkans, and the Russians decided to use them to achieve their goals. Their intention was to use them, but never to give them real freedom or power to be independent. These were implemented in practice with a specific strategy that was later continued by the Soviet Union and even by the Russian Federation after 1990.

Here we present the strategic framework that was and still is used by Russia against Bulgaria. The strategy is divided into two pages, which together complete our definition. If the reader finds this too abstract, don’t worry, we will cover practical examples in other posts.

Actively working from the outside against the structure and identity of the object (the state) and at the same time working from the inside to ensure sufficient trust and ability to control decisions.

Collusion to the detriment of the object while ensuring mutual activity and connection with it at the state and even social, organizational level.

Outside the object, in neighboring countries and territories, the object is demonized to erase or change identity and ethnicity. Within the site, work is being done to build trust and loyalty. Fraternal propaganda, substitution and concealment of history, suggestion of guilt and obligation, suggestion of eternal gratitude and feeling of weakness.

Negative superimposition puts the object in a state of choice. You have a choice of options or solutions, all of which are negative. It is a recursive process whose end and at the same time a new beginning is the point where the object has reached a situation of negative superposition. After one of the action options is chosen, the process starts over until the object has to choose again. The target goes through a chain of such situations, where the subject “helps” and even provides diplomatic “support”, which strengthens its own positions. The consequences are always negative, but confidence increases.

From tactical analysis to strategy definition

This strategy was developed after a “reverse” analysis of historical events and actions taken by Moscow against Bulgaria in the last 150 years. It is clear that even the change from monarchy to communism and then to federation did not change the strategy. This is normal for geostrategies. They last for hundreds of years and are very difficult to change.

Some of the historical events and actions are listed on our site: Historical Events. What is striking is the consistent and systematic action in the strategic framework defined above with the object Bulgaria and the Bulgarian ethnos and the subject Russian military, hybrid and diplomatic power.

The above historical events are just a “drop in the bucket”, just a note in the song that Russia dedicated to Bulgaria and Bulgarian identity….

The evidence comes from observation and analysis of consistent, demonstrably not arbitrary, but on the contrary systematic and well-planned and coordinated actions of Russian diplomacy. These actions are an expression of the policy towards Bulgarian identity and Russian interests to destroy it. It is not about conquest or domination, but about the total destruction of the Bulgarian ethnic group – physically and psychologically.

These historical events and the measures taken by Russia against Bulgaria are only a small part of the overall picture. We will continue with the articles on the history of origins and explain in detail how the Macedonian nation came into being and how the Bulgarian dialect in Macedonia came to be called the Macedonian language.

Russia always tries to play the role of the ruler over the puppets.

Since the essence of geopolitics and geostrategies is based on geography and the will to extract as much profit as possible from a given geographical area, they do not change even after hundreds of years. Nowadays, the concept of hybrid war is not new and well known. The strategy outlined above as “asymmetric diplomacy and negative superimposition” proves that hybrid war is not a modern method of defeating an adversary, only the new term is new.

The sources used to define the strategy and conduct the analysis are too numerous to publish in a single paper. The complete list of literature used for our research and for the historical events is published on this page: historical events.