A story about geopolitics and Macedonia 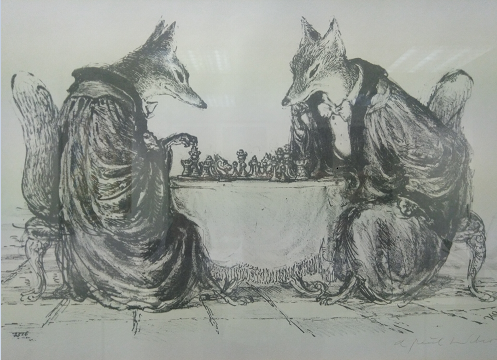 The first steps towards a “new” Macedonia

In 1924, the Communist International formulated the thesis of the existence of a Macedonian, Thracian and Dobrujan nation. Through a staging by the Comintern, Macedonia was recognized as a federative unit in Tito’s Yugoslavia, and work began on the creation of a Macedonian socialist nation and the introduction of a Macedonian language. This whole policy was based on an anti-Bulgarian foundation. Due to the construction of this “Macedonian nation” absurd lies and falsifications of history are often spread. Today, however, many Macedonians recognize the truth and the fact that their roots are in Bulgaria.

The creation of the Macedonian “nation”

It all began in 1944, when Georgi Dimitrov and Tito “agreed on the creation of an alliance between Bulgaria and Yugoslavia, which would lead to a federation of the South Slavs.” Tito proposed that Bulgaria join the Yugoslav Federation, which meant the complete takeover of the Bulgarian state by Yugoslavia. Georgi Dimitrov was supported by Stalin in his insistence on the creation of an equal Bulgarian-Yugoslav state on the model of Austria-Hungary.

On September 20, 1944, the Central Committee of the BRP(k) decided that the question of Bulgarian Macedonia’s accession to the Macedonian state should be resolved by the provisional establishment of a close alliance between Bulgaria and Yugoslavia. At the same time, Macedonian national consciousness must be strengthened among the Bulgarian population in the Pirin region.

On December 21, 1944, Georgi Dimitrov announced the main points of the Union Treaty at a meeting of the party leadership. One of them is: Bulgaria agrees that the parts of Macedonia that have belonged to it since 1913 will be annexed to Macedonia within Yugoslavia if the population so desires. Moreover, if… a federal state is established, a united Macedonia will be included in this federation as an equal member. Yugoslavia, for its part, agrees to return to Bulgaria those parts of its territory which were transferred to Yugoslavia by the Treaty of Neuilly in 1919.

A story about Soviet “comrades” and Macedonia

On January 28, 1945, Stalin told the Bulgarian and Yugoslav delegations in Moscow that “the alliance between Bulgaria and Yugoslavia represents a turning point in the history of Europe. It became clear at the conference that a Bulgarian-Yugoslav alliance under Soviet auspices was not feasible.

The negotiations between Bulgaria and Yugoslavia were conducted under Stalin’s supervision. They were accompanied from the beginning by the “denationalization” policy and terror of the YCP in Vardar Macedonia. The elections to the National Assembly of the Republic of Macedonia in 1945 were held under the slogan “Whoever does not go to the polls is a traitor”, “a collaborator of the Bulgarian occupiers and a Mikhailovist”. A law was passed establishing a court for the defense of Macedonian national honor, by which 48 Bulgarians were convicted in Kumanovo in 1945 and some of them were sentenced to death. That same year, the Democratic Front sent a memorandum to the United Nations calling for a referendum and describing the atrocities and murders of Bulgarians who refused to call themselves Macedonians. Later, the organization was uncovered and some of the activists were sentenced to death and shot.

By order of the Ministry of Education in Vardar Macedonia, the so-called “Macedonian alphabet” and the “Macedonian language” were introduced on May 5, 1945. Former student of Bulgarian philology at Sofia University, Blaže Konevski and Soviet linguist Ed. Bernstein created the Macedonian alphabet by removing all letters that reminded of the Bulgarian alphabet. During the creation of the so-called Macedonian nation in Vardar Macedonia, there was massive repression against the Bulgarians. Bulgarians are also the main ethnic group designated by Moscow to be macedonian and divided into several “nations”.

After the signing of the Treaty of Friendship and Assistance between Bulgaria and Yugoslavia in Evksinograd on November 27, 1947, Dimitrov’s government was obliged to introduce the study of the Macedonian language and the history of the Macedonian people in the Pirin region, as well as to establish a Macedonian theater and a bookstore.

In 1948, at a meeting of the Kominform office in Bucharest, Traycho Kostov said, “We have undertaken, on the advice of our Soviet comrades, to contribute to the development of a Macedonian national consciousness… but should the population of the Pirin region be forced to abandon their mother tongue.”

The Communist Regime in Bulgaria and Macedonization

At a plenum of the Central Committee of the Communist Party in March 1963. Todor Zhivkov represented a turning point in Bulgarian policy on the Macedonian question. He declared the claims about the existence of a Macedonian nationality to be a fake.

However, the communist regime in Bulgaria continues to witness 45 years of genocide against the Bulgarian population and ethnicity. Todor Zhivkov is considered an incompetent leader who never found a way or a mechanism to prevent anything. This should not surprise anyone, since this was the geopolitical plan for Bulgaria of Moscow, the masters of the Communist Party in Bulgaria. Moreover, the information available to the state security about the concentration camps in Yugoslavia, which is used to “motivate” Bulgarians to give up their own identity and call themselves Macedonians, is carefully hidden from the public. Neither the concentration camps, nor the terror against the population or the murders, nor the emergence of racism and hostility towards Bulgarians were prevented. There are cases when the Bulgarian women were driven into prostitution to feed their children, which gave the name to the “two red”. That is, the two bills they sold themselves for to save their children from misery in Tito’s Yugoslavia. This is mentioned to this day by Northern Macedonian and Serbian diplomats as a point of pride.

But lies and injustice seem unable to resist truth, freedom of speech, and democracy. Thus, the dreamed Macedonian identity fades with each passing year and each new generation. Without the authoritarian mechanisms and the patronage of Moscow, the Macedonian supporters would never have been able to prove their historical right.

Are we witnessing a geopolitical project falling apart and with it the dreamy Macedonian nation fading away?